Women in the Syrian Crisis

From dismal refugee camps in Jordan and Lebanon, to the dangerous Syrian cities and countryside, Syrian women are on the frontlines daily -- some as freedom fighters and as mothers, others as civil society activists and political change agents.

Nadim Shehadi, at the London-based think tank Chatham House, suggests that the role of women in this revolution is indispensable and that the opposition cannot succeed without them. Indeed, most wars are not fought by men alone, but rarely do we give credence to women's efforts in war and peace.

In that light, 13 years ago, the U.N. Security Council passed Resolution 1325 to ensure that the world recognizes the inordinate burden of war on women as well as their critical role in peacebuilding.

On Friday, September 27th the U.S. Institute of Peace, in coordination with the International Republican Institute's Women's Democracy Network and Hivos, will host an expert discussion with Syrian women leaders who will highlight women's roles in the current political context and the challenges they face.

The panel will feature:

Video, still photography, and audio recording are not permitted at this event.

Please contact Shannon Zimmerman at 202-429-3822 or szimmerman@usip.org with any general questions about this event.

"It is a fact few are willing to face, but each year hundreds - perhaps thousands - of children under 18 in Pakistan are raped or sodomized, and the situation is either getting worse or being more widely reported."

"(...T)here is some evidence attitudes may be changing. Following the brutal rape of a five-year-old girl, Sumbal, in Lahore on 13 September, there have been widespread protests; arrests have been made; the matter has been taken up at the highest levels of government; and a campaign has started on social media seeking justice for the child."

This way to the full article on IRIN.
Eingestellt von Lieselotte Keine Kommentare: 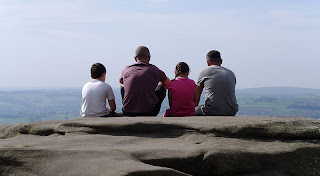 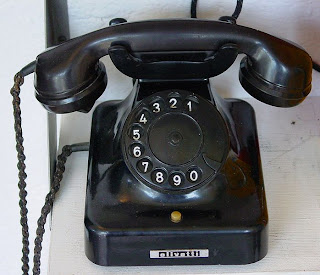 
London and the US through the eyes of an American expat. After x years of marriage to a North American, of which we lived in London for around three years: I can so relate!

You know something's wrong with the media coverage, the public discourse in general, the way we speak about terrorism when the first news about a shooting on a military base in the US appear, and your (Muslim) friends are wondering whether we will be told the perpetrator was a Muslim terrorist or non-Muslim and mentally unstable...
Eingestellt von Lieselotte Keine Kommentare:

Where are you from?

No, I mean WHERE are you FROM?? 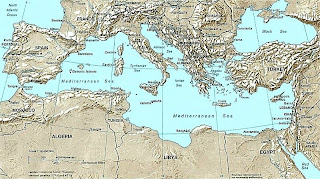 "There is no topic that is off limits in Islam. We often think of sex as an “unislamic” topic and it is really the culture of certain countries which has led to this."

This text on MuslimMatters is a must read for all those married or preparing for mariage!
Eingestellt von Lieselotte Keine Kommentare:

"...are those who are willing to use their minds without prejudice and without fearing to understand things that clash with their own customs, privileges or beliefs. This state of mind is not common, but it is essential for right thinking; where it is absent, discussion is apt to become worse than useless."