"We are still alive!!!! People are celebrating like Eid's days! "Allah Akbar" every where! I wish our men stop firing in the air, my ears can't hear more bullets! I want to hear music or at least no sound. BTW, I can still hear the drones, or am I imagining? No, it is still the drones. Can't believe "no more siege", really!!!"

"Yes we love life, but we will never forget or forgive for breaking our hearts. Justice"
Eingestellt von Lieselotte Keine Kommentare:

"Just went on the same bus line that has been exploded today in Tel-Aviv, heading back home. Couldn't be more scary"
Eingestellt von Lieselotte Keine Kommentare:

"I don't have easy answers, even if I may make it sounds like this. And I know that injustice is being done by Israel and that we and the world need to speak out against it.
I just think that it is important not to idealise one side of the conflict, the Palestinians, as a fighter for justice and to demonise the other, Israel, as an evil oppressor. It is more complex. Hamas is exploiting the despair of the Palestinian population to push its militarist agenda. They are no more working for peace than the Israeli hawks and generals.
No Palestinian is to blame for losing faith in the humanity of the Israeli occupiers. But also on the Israeli side the picture is more complex. It is not only militarists there, but normal people, who fear for their families and their lives. Targeting them, as if they were the enemy is not a great achievement that Palestinians have good reason to be happy about, but it will only deepen the hatred. It will not help to end the conflict.
The only lesson that Israelis learn from that is that Palestinians are terrorists, who don't care about the loss of civilian lives. I know that this is exactly how Palestinians see the Israeli military. But that is the point: both sides demonise each other and the only outcome this will have is a continuation of violence and hatred. Palestinians will continue to suffer and die and Israelis will continue to live in fear. There is no end to all of that in this mindset, only temporary breaks.
So is there another way? Only, if people, against all their experiences, stop seeing the world in black and white. Is this possible? I don't know. I have hope that it is.I do know that I don't have to pretend to have to teach you anything about this. I don't know what it means to be a Palestinian and to see my people suffer.
All I know is that I have Jewish friends in Israel, who don't understand a lot about that either. And that many Palestinians don't understand them.
There is much more to say about this. One can probably never fully explain the complexity of such a conflict. But that, in the end, is all I want to say: it is not easy to make judgements and it is not right to be happy about a blown-up public bus in Tel Aviv.(I did not write anything about the role of European countries in the world's conflicts and global injustice. All I want to say now is that, although I probably don't understand fully what that means, you are right: German, British and French people should be much more critical about their governments' policies, if anyone in Palestine is to take their criticism of Hamas seriously. People like me are probably no credible messengers. Maybe the message still rings true...)"
Eingestellt von Lieselotte Keine Kommentare:

"Lots of airstrikes are hitting the neighbourhood, as it is the case or even worse all over Gaza from the north to the south from the east to the west. How long and much one tries to set herself for expecting anything, any explosion or any loss (for anything is possible in such time), I get petrified whenever I hear blasts nearby, who don't? And I ask myself if I will I ever forget in my entire life our anguish when I see, more than once aday, the funerals of our shuhadda (Martyrs), our mothers wailing and our children looking shocked with all meaningful emptiness in their eyes?

Since the first blast, making my closet fell down, I heard early this morning, I can hardly get on my feet. Honestly I can't walk and I even feel my arms are paralysed. The blast was very close and, as it happens, I have been always wondering how our houses don't fall after such violent shakings back and forth with each one of these bombings! Another thing that wonders me at the moment is why they bomb the same place more than once. Minutes ago, the Israeli jet bombed the same place it bombed in the morning, in the afternoon and now in the evening!

I can still see the thick black clouds of smoke, smell the suffocated burned dynamite and gunpowder and hear the restless drones while my mother is praying and reading Quran! We promise that the blood of the children of Gaza will not go in vain!"
Eingestellt von Lieselotte Keine Kommentare:

45 confirmed dead in Gaza, 3 dead in Israel.
Many injured, more traumatised.
Drones, rockets, blasts, fire, ashes, rubble, smoke, bombs, cries, blood, tears, fear, another dead child, when will this madness end?!
Messages to B. in Gaza, is she alright?, messages to M. in Tel Aviv, will she be fine?
Another night, another night.
What would I do if it was my child?
Pictures of a three-year old, it's the same smile.
Friends who think it's great that this time an Israeli civilian lost his life,
who celebrate that a plane, shot, fell from the sky,
maybe I'm not right, but I keep on thinking of the young man who sat inside this plane.
A soldier, yes, but also someone's child.
Friends who have made up their mind,
it's the Palestinians' fault if they're being bombed,
they should never have wanted more than what they were granted, just keep quiet.
Keep quiet, keep quiet.
When will this madness end?!
Eingestellt von Lieselotte 1 Kommentar:

“Our own American misogyny (date rape, weak laws against domestic violence, glass ceilings, 79 cents for every man’s dollar) just looks more familiar to us, less harsh somehow, more workable. We think we can fix our own sexism with homegrown ingenuity, but we often assume that Muslim women’s problems must be solved for them from abroad, all their veils replaced with blue jeans for them to be truly liberated, all different marriage practices brought into conformity with our own. Muslim women and men have a wealth of their own cultural resources to use in the struggle for women’s human rights. Feminism is alive and well among Muslims and has been for some time, even when U.S. foreign policy interests don’t bring a spotlight on it. It is the continued struggle of Muslim feminists (both men and women), aided by friends of any background who are willing to educate themselves beyond stereotypes, which will liberate them. Not the condescending attitude that they must be “rescued” from their heritage by cheerfully ignorant proponents of American cultural imperialism or militaristic U.S. policymakers sprouting overnight feminist principles.” 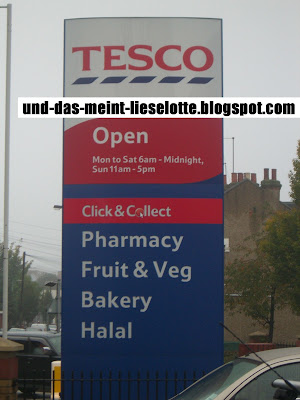